It is Derby Day and it is one of my favorite races of the year  for a few reasons! My parents gave me such a love and respect for race horses. I almost get giddy as Derby Day approaches, I really love to watch them. My favorite race horse of all time is Triple Crown winner Secretariat hands down. He was one truly amazing horse but I am not really telling y’all anything new! 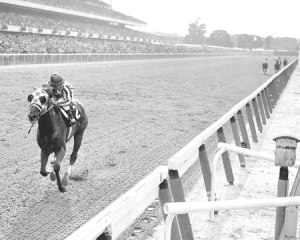 His story was such an inspiration to so many during that era! But let’s get back to the famous Race for the Roses!! Another reason I love the derby is obviously derby fashion! I always look forward to all the outfits, hat and to see how people evolve the looks from the previous year! Let’s talk hats because what is the derby without hats?
Check out this crazy hat! 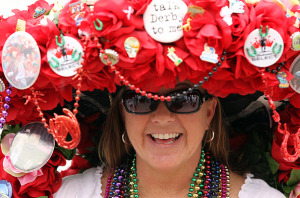 (Derby Fan wearing her Talk Derby To Me Derby Hat)

Some people take it to the extremes but at least she looks like shes having fun right? That is what’s most important is to be you and have fun! I am drawn to the more classic looks and lines of hats and outfits. The Derby fashion goes way back I did a little digging and here is what I found! Colonel M. Lewis Clark Jr., (the founding father of the Kentucky Derby), envisioned the racing environment to be comfortable and luxurious, an event that would remind people of European horse racing. For a well-to-do in the late 19th and early 20th century woman, a day at Churchill Downs, especially on Derby Day was an opportunity to be seen in the latest fashions. A journalist from a 1901 Louisville Courier-Journal stated, “The seats in the grandstand were filled with gaily dressed women and men. The mass of green, pink, red, yellow, blue, all the colors of the rainbow, blending into one harmonious whole was as beautiful a sight as His Eminence in the lead.” 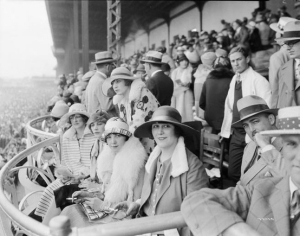 In the 1920s, women at the Derby could be seen wearing a dress or perhaps a more modern suit, complete with a jacket. Some of the 1920s jackets were roomy and accommodating, others were more fitted. The hat and gloves were still very much in fashion at this time. Derby fashion in the 1930s and 1940s followed in the same fashio, with option of a dress or suit. In fact, the formal suit seemed to be more popular than the dress at that time. 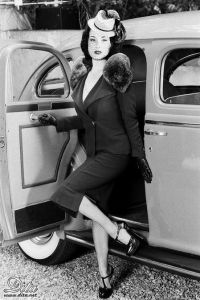 In the mid-to late 1960’s the Derby was still viewed as a most respectable event and women continued to dress as such. Only a change had occurred, now Millionaires Row had opened, society women increasingly wore louder hats and took pride and enjoyment in selecting one. This trend of bigger, more spectacular hats might have developed due to the fact that while society was loosening its grip on the hat and glove formality, the Kentucky Derby offered women a place to continue the old traditions. Patterns and prints were also brighter, and hemlines defiantly were raised, yielding a much different look than years before. In the 1970s and 1980s was a return to a longer skirt, while the same casual attitude of the 1960s was still in place. From the 1990s to present day, the dress at the Derby is slowing replacing the suit, especially with younger women. While gloves are out of fashion, a hat never is, and they tend to get wilder and more expensive every year! 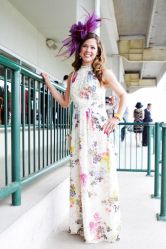 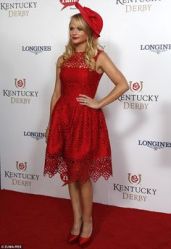 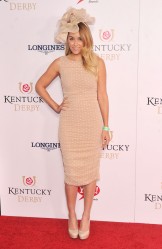 LOUISVILLE, KY – MAY 04: Actress Lauren Conrad attends the 139th Kentucky Derby at Churchill Downs on May 4, 2013 in Louisville, Kentucky. (Photo by Stephen Lovekin/WireImage)

As you can see derby fashion has and fashion in general has really evolved over the last few decades. I hope you enjoyed this fun little lesson on Derby fashion and enjoy the races today!!
Remember to live life in as much grace and style as you can! 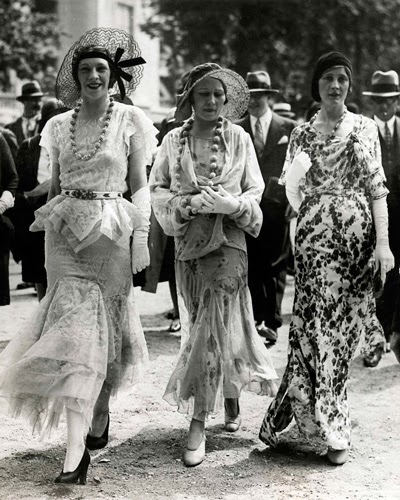